Cairo is on fire once again.  I am at home now and watching the footage live on Al Jazeera and it is horrifying, infinitely depressing. There is carnage in Tahrir today, and it is worse than Friday. There is gunfire, reports of petrol bombs, knives and sticks, 500 wounded, buildings on fire again – including, reportedly, the Egyptian Museum. The riot police were a common, easily identifiable enemy – now it is Egyptian against Egyptian and it is impossible to know who is friend or foe.  Until today, we worried about the army turning on its people but not this. This level of in-fighting has come out of the blue.

We went to Tahrir earlier today and the change in atmosphere from yesterday was dramatic.  Today is the first day that I felt some fear.  We knew, from last night’s footage of the clashes in Alex immediately after Mubarak’s speech, that the pro-government demonstrators would be out, and they were. At the entrance to Tahrir from Kasr-El-Nil Bridge, small groups of pro- Mubarak supporters held signs saying “We love Mubarak” (unlike the demonstrators’ signs, which are a motley jumble of hand-written English and Arabic signs, all the  pro-Mubarak signs I saw were in Arabic, on photo-copied A4 pieces of paper). We have heard from reliable sources of money changing hands to buy pro-government support – 200LE (around £20) per person.

We made our way through the different groups and headed into the Square – again through the nominal army checkpoint.  Where yesterday was festive, today was tense, volatile.  The army had warned people this morning to stay at home. There were still a few thousand people there but nowhere near the huge numbers of yesterday.  Unlike yesterday, when everyone seemed to share a common goal, today you no longer knew whether you were looking at pro- or anti- government protesters. Everywhere, there were scuffles breaking out.  At one point, three young men – no more than teenagers –  grabbed a huge sign laid out on the Square saying ‘Game Over’ and rolled it up, stamping on it. Others rushed to them and took the poster back, rolling it out again.  There was no violence at that point but the tension was palpable.

I made my way to some protesters to ask them what they had thought of Mubarak’s speech, and what they were going to do next. They told me that it was a ‘joke’; they had been there since the beginning and would not leave until Mubarak left.  At that point, we saw people running towards us, away from something, so we ran too. Looking back, I saw rocks and stones flying through the air, not far from the Egyptian Museum. A friend called us from Mohandissen and told us that 20,000 pro-Mubarak supporters had gathered and were probably heading towards Tahrir.  We started moving towards the exit – already there was a mini-stampede  – and walked slowly back to Zamalek.  On the streets, we passed more people holding pro-Mubarak signs  and photos and cars honked as they passed us, signalling support for the government.  For the first time, I avoided eye contact with the people I passed.

I have no doubt that there is a level of legitimate support for Mubarak. There are many who feel that enough is enough – that it is time for the protest to end and that many of the opposition’s demands have now been met. They want him to be allowed to serve out his term, even though not all belive he will keep his word. The country is in chaos and there is real fear that the economy will not recover from this for a long time.   Mubarak’s speech last night was emotional  and emotive – at times, it reminded me of Evita: “Don’t cry for me, Egypt”.  I have always served my country, he said, and everything I did, I did for the Egyptian people.  I want to die on Egyptian soil.

But there is little doubt too that some of the pro-Mubarak people out on the streets have been bought – the evidence for that is overwhelming.   The fact that state TV shows a completely different version of events has also deepened the divide between the factions, and intensified the pro-government fervour.  The pro-Mubarak people say they want to ‘liberate’ Tahrir, with their blood if necessary.  The official opposition, such as it is, has virtually disappeared and for the first time, the anti-government protests seem to be losing momentum. If they ‘lose’ Tahrir tonight, few will have the courage to return – for good reason.  So far, the army has not intervened, and I think, on balance, that is a good thing. Whose side would they be on?

It is going to be a long night. 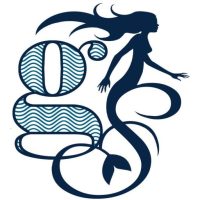 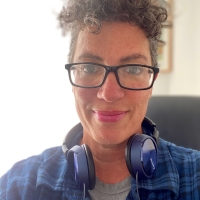 The daily musings of a writer.

Editor at Longreads. Automattician since 2012. Californian since 1979. Junglist for life.